Origins of the Waikanae Boating Club

It was in the late 1950s that brothers Dave and Paul Murton completed their Carl Augustin designed power boat “Hazlewood” She was sixteen feet long and very heavy being powered by a six cylinder flat head Dodge engine directly coupled to the prop with no clutch.

Hazlewood gave access to Kapiti and Dave and Paul spent many summer holidays camping on the North end with the blessing of Mike and Jean Webber who lived there. The Webbers were very hospitable but Jean had very strict rules about how to behave especially regarding the use of profane language. Mike and Jean’s boat the Manaaki was on the slip in those days and there was an old Maori canoe in the lagoon part of which is still there today.

After about a year struggling to get Hazlewood onto the beach and launched, Dave and Paul decided that it needed a concrete ramp to get through the gap in the sand hills as their 1934 Plymouth tow vehicle kept getting stuck. The only way to build the ramp was from a club so they set about doing so.

It was 1960 and Paul was flatting in Wellington with an arty friend Dick Downs who made a boating type poster to put in the Waikanae shop windows advertising a meeting to form a boating club . The old Waimea Domain hall on Tutere street was hired for the first meeting. Dave and Paul ere in their teens and had never had any experience of running a meeting so asked their neighbour George Hodgson if he would take on the job of chairing the meeting. George was a local businessman and keen boatie who was in the final stages of rebuilding a plywood power boat.

The first meeting had a good turnout and a committee was elected with George becoming the first Commodore, Ken Nash secretary and Paul became treasurer . Also on the committee were Dave Myrton, Ted King and Ozzie Oliver.

Meetings were held in private homes at first. Many of the members were living at the beach and had tractors which meant that the ramp was no longer a priority and a club house became the main focus. The club flourished but after a year Paul left it having married and moved to Wellington.

Dave stayed on as a member of the Waikanae Boating Club for many years.

Waikanae is a town on New Zealand’s Kapiti Coast. The name is a Māori word meaning “waters” “of the yellow-eyed mullet”. The town lies about 60 kilometres north of Wellington: New Zealand’s capital city; between Paraparaumu, eight kilometres to the southwest, and Otaki, 15 kilometres to the northeast. The population of Waikanae in 2018 was 12’100, The Waikanae Boating Club current membership is approximately 700. 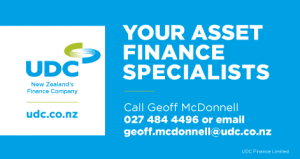